Well, we’ve accomplished the “impossible” and passed through St. Louis today without missing a beat! There were a few out there who didn’t think we’d make it to Winona, others who said not past the Quad Cities and most of past St. Louis. Forget about it..”you’ll never make it through those waters!” HAHA! Thank you so much to everyone out there cheering for us 🙂 it felt pretty dang good to reach this milestone today!

Leaving Alton Marina this morning, only a stones throw from Mel Price Dam. Here is Skully checking out this modern marvel. Mel Price and #27 were the last of locks for the entire trip. Each dropped us about 16 feet. 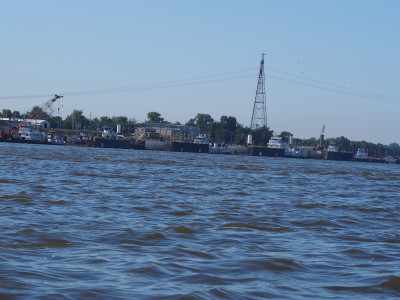 We were spit out into an industrial part of the river above St. Louis. For about two miles here we battled a lot of barges and choppy wake throw in every direction.

Gotta give some love to the Capt’n!

There is a point above St. Louis where there is VERY low water clearance. Its called the Chain of Rocks and all water traffic must take this detour. It is a canal the US Army Corps constructed to go around this obstruction, roughly 6 miles long with little to no current making for a slow ride. 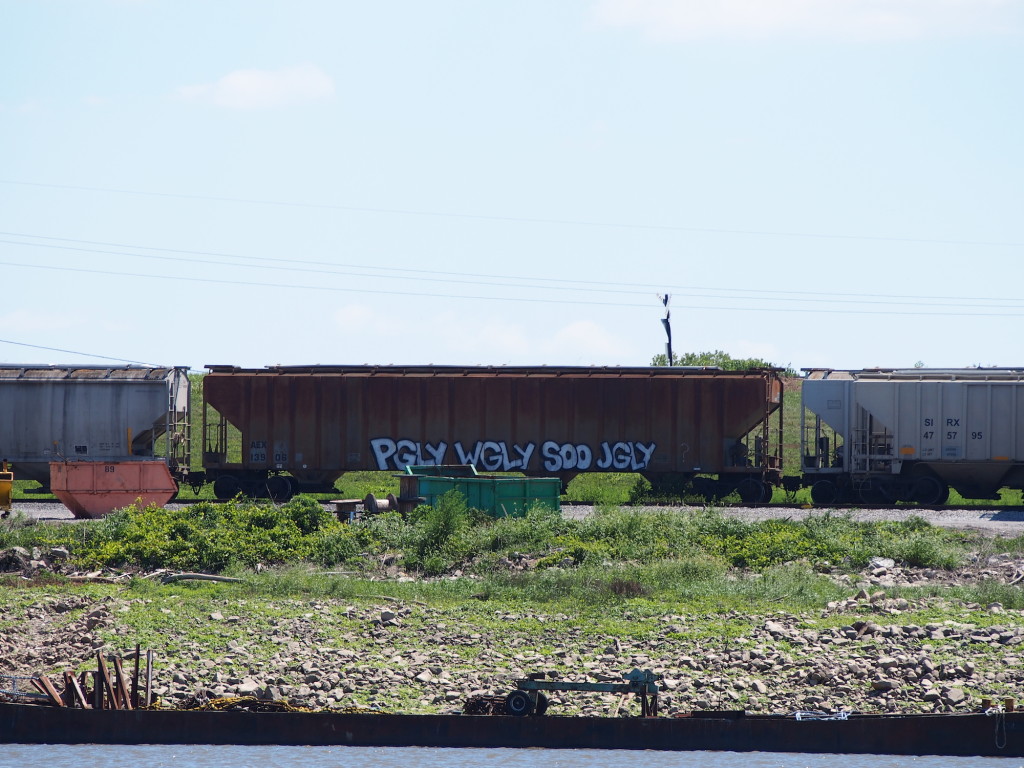 Still plenty to look at 🙂 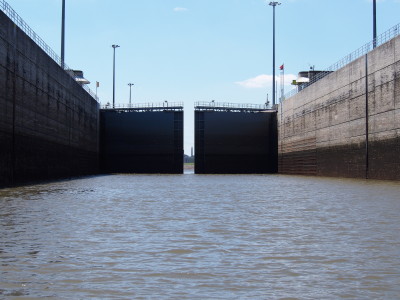 And just beyond, St. Louis. Boy, were we excited to finally see that arch! 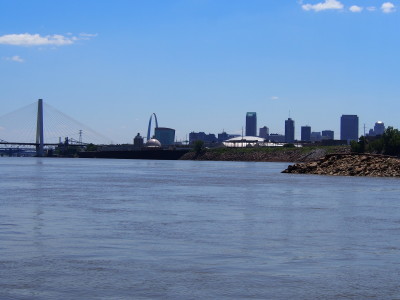 Skully found himself in need of some shut-eye in the midst of navigating. Hey its a tough job!

Had a riverboat circle us while their guests oo’d, aah’d, pointed and took pictures. Made us feel like we were some kind of exotic wildlife from a land far away! They took off when we started jumping around like apes, hootin and hollering and flinging fish in their direction. OOO-OOO AHH-AHH!! 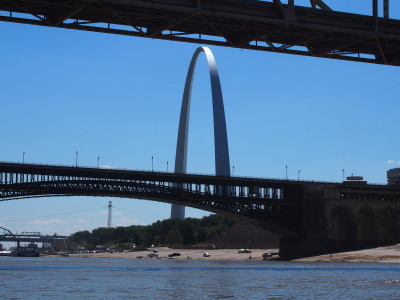 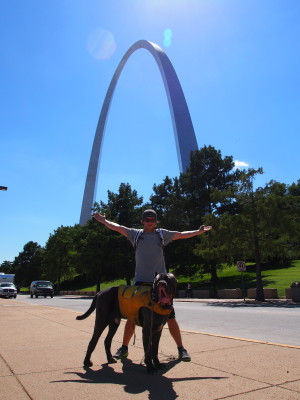 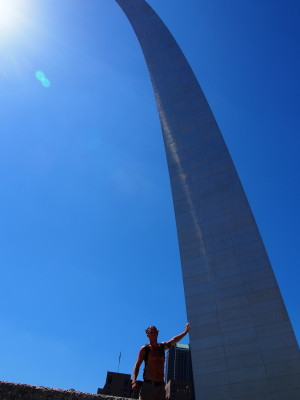 We were told there was nowhere to pull up and park your raft in St. Louis! C’mon..look at this prime spot! 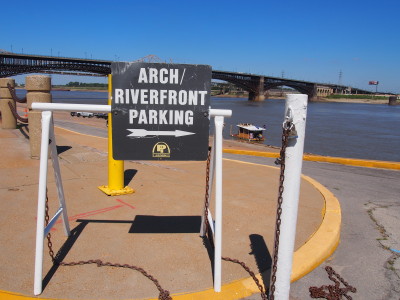 Taking our shortest town break to date, 30 minutes and we were back on our way. What an amazing view from the river!

Leaving St. Louis we encountered roughly a 10 mile stretch of heavily industrial water. This must have been what everyone was warning us about! There was constant barge and tugboat traffic, sometimes we had one on either side of us! This was a rough section, battling big twisty waves and swells from every direction. This part was lined with hundreds of barges creating a steel-walled bank, meaning the wakes were not able to break up as they do on gradual shorelines. The wakes and swells compounded from each moving boat, then would reflect off parked barges and come in different directions. All in all, tough, but we made it through in one piece.

We pushed on about 10 more miles, got gas and found our campsite for the night. A silver carp caught behind a wind dam and a beautiful sunset to cap off an unforgettable day! 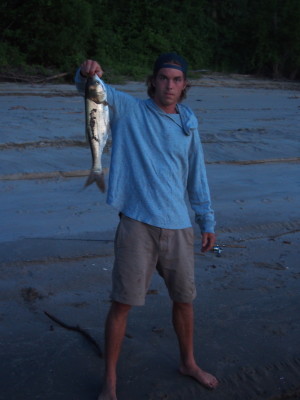 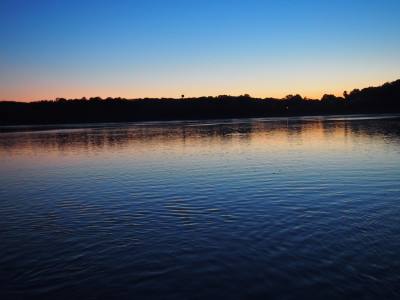 Kids that Skully has eaten:  0 (whew)

Whats ahead of us:  Nothing but open, faster moving water